In October, 2013, major fire detection tests were carried out in the Einhorn tunnel (southern Germany). Officials participated from the fire department, road construction and tunnel operator teams. Eleven stringent fire tests were designed for the test, most of which followed RABT (the German guidelines for Road Tunnel Equipment). Read on to see why AP Sensing was selected, and for a comparison of DTS systems with conventional electrical bus ("point") systems... 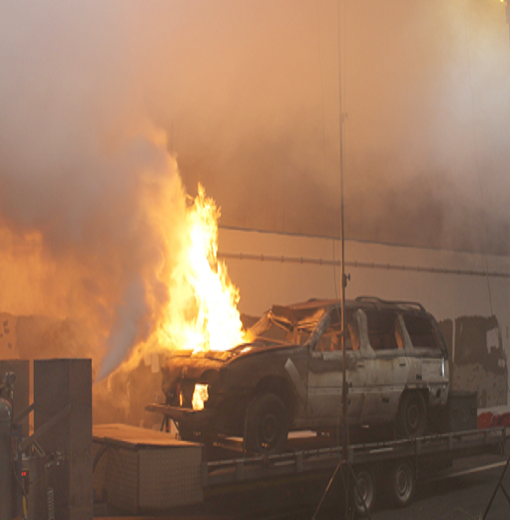 Click on the PDF links below to access the detailed reports from the Einhorn tunnel in either English or German.

AP Sensing's Linear Heat Series detected and localized every fire in less than the prescribed time. For the RABT test, the fire was detected in 33 seconds (RABT prescribes 60 seconds). Even smaller fires were detected successfully.

For tunnel operators the speed and reliability of the AP Sensing system is a major advantage. All important countermeasures, like closing the tunnel, activating smoke exhaust systems, and rapid, informed deployment of the fire department can be quickly initiated.