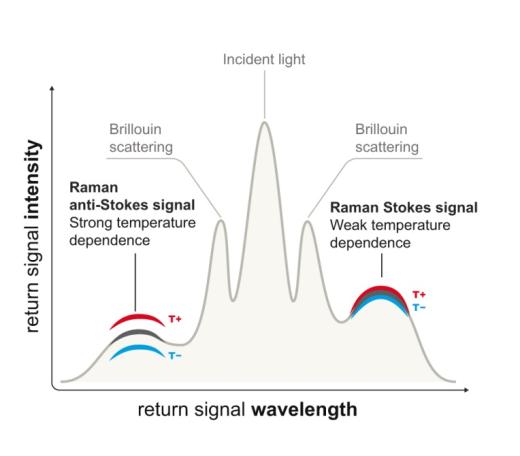 This technology makes use of fiber optic sensor cables, typically over lengths of several kilometers, that function as linear temperature sensors. The result is a continuous temperature profile along the entire length of the sensor cable.

DTS utilizes the Raman effect to measure temperature. An optical laser pulse sent through the fiber results in some scattered light reflecting back to the transmitting end, where it is analyzed. The intensity of the Raman scattering is a measure of the temperature along the fiber. The Raman anti-Stokes signal changes its amplitude significantly with changing temperature, the Raman Stokes signal is relatively stable.

The position of the temperature reading is determined by measuring the arrival timing of the returning light pulse similar to a radar echo. This method is called OTDR (Optical Time Domain Reflectometry).

Click here to learn more about our new DTS system, the N45-Series. 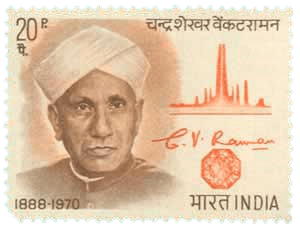 The DTS Technology is also known as Raman OTDR or Raman OFDR (Optical Frequency Domain Reflectometry). The Raman effect is named after the Indian physicist Sir Chandrasekhara Venkata Raman (1888 – 1970), who discovered that when light traverses a transparent material, some of the deflected light changes in wavelength. This ground-breaking work in the field of light scattering, earned him the Nobel Prize for Physics.

AP Sensing  uses the Raman OTDR technology with some unique techniques such as code correlation technology and a single receiver design for both Stokes and anti-Stokes. This approach results in outstanding system reliability (immune to the effects of strain, which can lead to anomalous readings), accurate measurements and high performance, for which AP Sensing is known.